It was the winter of 2006 and I had been divorced for a year. As was a likely meeting ground of the recently divorced, internet dating became my dance card. My choice of dating sites was JDate, as in Jewish Dating. During those days, it was the place that attracted a more educated clientele with a common cultural background. My Jewish background had about 20 years on it; since my reform conversion. I also, made several friends through these “dates”.

The dates I accepted/ pursued were clever, clearly cerebral in their responses to my queries, the first hurdle. From our on-line kibbutzim, we guessed as to what would give us distinction, class, in choosing a mutually agreeable location and or event which to meet; add the specific venue; park, restaurant, art museum, bar, or coffee shop. The search for ‘chemistry’ represented a wide geographical range; from New Jersey, Fairfield County, New York City, and of course my favorite, coming to Greenwich, where I lived.

My first date with Daniil was in Greenwich (a positive) and at a Starbucks on Greenwich Ave, (good for convenience, low on originality). Accuracy of photo? I arrived wearing a long black woolen coat, beloved for its roomy hood. Donning the coat, pulling up the hood, granted me a likeness to the French Lieutenant’s Woman, and her mystique, as she stood at the edge of a misty dock.

Yes, we easily located each other among the low-density groupings on a Saturday evening in a coffee shop. Both of us — with eyes darting from one to another — matched the recalled profile images. His mannerisms and ability to make me feel immediately at ease, was seductive, I do — despite my feminist side — really swoon for traditional manners. I felt taken care of, a feeling that was lacking in my past.

His accent-clearly present — provided the first subject of fascination. Identifying as coming to the US from Ukraine at the age of 12, I gleefully boasted “oh, I have been to Russia”. That must have distinguished me from his usual coffee dates. I likely said Russia instead of USSR, thought my visit in 1977 was clearly the days of the Iron Curtain. (Missing the fact that he was from the Ukraine, not Russia more than once).

Ukraine Jewish history is filled with the good and bad, I now know.

However, it was also the place of notorious Nazi crimes and pogroms. There exists a horse statue in a public square in honor of the Bogdan Chmielnicki- a 17th Century leader of the Cossack Rebellion- who, until the rise of Hitler, was the greatest murder of Jews in all of Jewish history. In 1941, the Nazi’s broke their non-aggression treaty with Russia slaughtering up to 1 million Jews.

I recall the movement called the brain drain- in the 1980’s- when Daniil’s family emigrated from Ukraine. No shortage of brain in his family of four. When asked about the reason they left Ukraine, his mother suggested that things were getting worse for the Jews, and they had had enough.

Daniil and I were in contrast of my midwestern upbringing. Each of us challenged and fascinated by the others’ experiences, the exotic nature of his background as well as clearly of brilliant intellect. I was given the contents of the poetry he wrote at the age of 16. It is quite moving and mature.

Conversation was easy and before long it was closing time. Still very much in the moment — the scripted questions were addressed. We had far from exhausted our interest in passing more time together. It was a Saturday night, my kids were with their father, so when we broached the subject of a ”late night diner” — as he liked to reminisce — I enthusiastically announced that I knew a place, the very uncoy response was “my house.”

It was an occasion that we both would later acknowledge as an extraordinary night- when cosmic events were willed into our orbits- would collide. Looking back, that collision became a life changing event, meeting the love of my life.

Daniil was living in Brooklyn with his parents. He traveled the 2-hour multiple train ride each Friday and we spent dreamy weekends together in Greenwich. We shared a degree of intimacy I had never known and do not expect that I ever will again. Memories of sleeping facing each other, so close that we consumed each other’s spent oxygen. The act of holding hands; as memorable as the most exquisite lovemaking. He called me his ‘notional wife’ and the letters, emails levitated between us — were grand gestures of affection, wit, and grace. He captured my imagination and he doted on my essence.

His patience and devotion, present when my migraines took us to the ER, never inconvenienced, as he sat with me while I was treated with narcotics allowing for a sleep recovery.

It would catch me by surprise, during times that he had reason to state his birthday; being 14 years younger seemed inconceivable. But then so did time, space and other real measurements. Moments were quixotic, left to the moments.

The years of magic with Daniil survived extraordinarily difficult times. The loss of his young sons in his divorce, explained the suffering that he would endure. There were episodes of mental confusion and loss of identity- which came on randomly- which I now know as a ‘disappearing fugue’. Daniil had a very rare form of psychiatric abnormality characterized by reversible amnesia, where a person can be ‘lost’ for a day, a month to years.

I lost him for a year to a “fugue”. No emails, no calls, nothing in response to my desperate appeals to know the unknowable. Then one day, as though nothing was amiss, I received his call. Sobbing for relief and joy, we resumed where we had left off, except that it wasn’t and never could be again.

We slowly, unwound the intensity of our passion to a level that we could imagine a disconnect. And we did, I left the New York area, and the connection broke with the exception of my announcement of the passing of my mother. He and my mother bonded like neither of my two husbands came close to.

And then one day, I sought to read the terms of his divorce judgment. It was a trial that was easily found on-line. The ‘love of my life’ was sadly replaced by a devastating disappointment reading of his divorce. He hadn’t been denied his sons, as I had so strongly assumed and empathized with. After all grief was expectable, with such a loss — I put myself in his place.

That, however, wasn’t the truth. The divorce judgment made it clear that his parental rights were predilected on a child support. So, it was a choice he made. It was his determination that those conditions were not something he could make. Even with an MBA from a prominent school, he was resigned from the wherewithal of a job. He was essentially disabled, and I understand how mental illness can render even the most brilliant, helpless. The picture became clearer; however, the choice was not something he made clear to me. He convinced me that is was the mental illness of his ex-wife and his helplessness over the proceedings. He once said, “it is surprising how low the expectations of me have become.” Yep, we teach people how to treat us.

It is a daunting loss, when such a strong fairy tale is irrevocably damaged. Does that lessen the power of the experience, the strength of the love, the adoration for the realm suspending facts, a veil of truth? Fairy tales are rarely just what they seem, as is often learned. The story of Daniil has many layers to absorb, experienced to me as a wonderful once upon a time…. 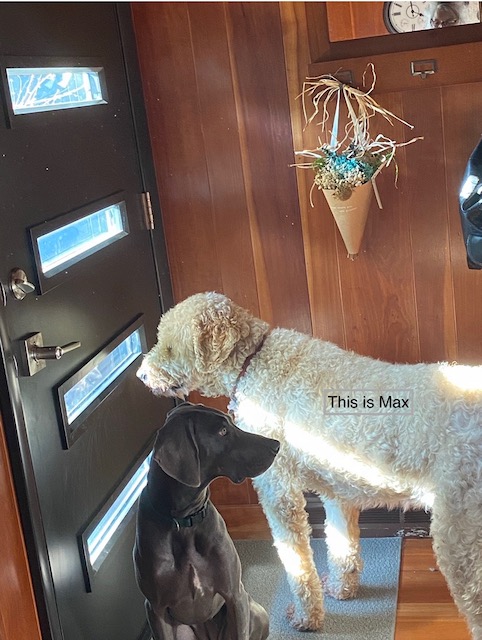 Did someone say WALK????

Blogiary, gold filings is getting off to a slow start. I don’t believe that I am more technically challenged than the next guy, but oh, a user friendly mode is highly desirable. Like texting on the phone and have the auto-correct mess-up ever other word, grrrr. There is a learning curve on this platform.

Anyway, the blogger advisors are suggesting to find a theme, a topic or something you feel strong about and go for it. Another approach to teasing out the subject is to ask oneself, ” what can you talk about for thirty minutes?”

During my most useful problem solving time– that would be when I am walking my dog, Max– those pesky little (or not so little) undercurrents of brain activity stir around. I am always grateful when a golden filing, or nugget surfaces with some reasonable resolutions, conundrums or looniness. Flipping through big headlines– art, health, family, money, climate change–lies the real matter, sub-titles. A real mental stew.

I pay attention to the activity of neurotransmitter–you know, the feel good hormone– to evaluate the veracity of my feelings. Ok, I’m walking Max who is interminably slow. But, it’s his walk and if smelling every blade of grass to extract other members of his species, well, that’s ok. I’m putting his biological thing to my own use. Passing thoughts through this noggin, I look toward a burst of mental affirmations, the strongest feelings. Translated, “that idea works!” Happily, Max and I could get out of the rain.

“What they don’t talk about” coming from a mature female voice on a TV commercial. “ Is of older women–all alone in their houses…” Ok, I’m listening….what is this self-identified condition? Geez, how bad can this ‘condition’ be? Is this a suicide prevention advertisement?

Then she pipes out “we aren’t going to take it—we don’t have to“, in a whiny voice. Whoah, a militant 60-70-something! This better be good; she has my attention!

Screen change to an over-dressed diva type sitting in an office chair, for the purpose of promoting ‘vein surgery, cosmetic surgery‘ !!!! This is the state of lonely older women? A preponderance of hidden shame due to the state of their veins??? The consensus I’m familiar with is, women of a certain age shutter their legs. End of crisis.

Now, off to find a real militant cause of at least a respectable gripe, that goes beyond the scrutiny of public gaze.